Robot Ninja is in archive mode. Signups and logins have been disabled. Check out the shutdown post. 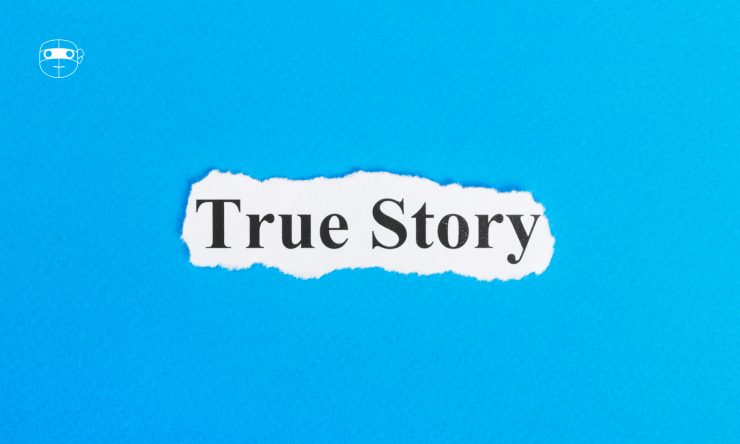 Based in Canberra Australia. Team lead and coffee aficionado. February 25, 2019

Many store owners come to Robot Ninja after they’ve had an unpleasant (but completely avoidable) experience with their WooCommerce store. I mean, not because there’s anything wrong with WooCommerce — with 30% market share, it’s the most popular and the most customizable eCommerce platform in the world.

No, it’s typically because they’ve been a wee bit slack with regularly testing their WooCommerce site because it’s boring and time-consuming. And sometimes, people just don’t know the best way to test or where to start.

We hear unfortunate — yet completely avoidable! — stories about everything from broken checkout functionality and problems with payment gateways to developers spending hours fixing problems and downtime during peak sales times.

As store owners, these are your everyday scary stories 😅

To help prevent you from encountering these stressful situations going into the new year, we’ve rounded up five of the most frustrating experiences for WooCommerce store owners and developers that we’ve heard, along with how you can easily prevent the same things happening to you.

Be warned—every one of these stories has been told to us by a real WooCommerce store owner.

When You Find Out Your Checkout Has Been Broken for Days…

With $1.3 million in sales passing through its store each year, Brent Ozar Unlimited can’t afford to have a WooCommerce site that’s not in tip-top shape — or deal with the awkwardness that’s inevitable when a customer is the first to notice.

But that’s what happened when the folks behind the SQL server consulting and training site got lax about testing. Manual testing meant spending 5-10 minutes buying an item, refunding a credit card, and restoring the item in the store. It took a lot of time to do when there were more interesting things to work on— so they simply didn’t do it.

It was easier to avoid testing — and fix their site when a customer reported a problem.

With a relatively high average price point compared to most WooCommerce stores—$500-$5,000 for training classes—it’s not unusual for the site to go a few days without a sale. So a few quiet days wouldn’t set off alarm bells.

But as Brent recounted to us earlier in the year, it seemed every time they made an update to their site, the checkout would break. On one occasion, after tweaking their theme, a customer told them days later that he couldn’t complete a purchase.

Another time, after allowing an automatic plugin update, the checkout broke again. The team awkwardly discovered this while walking a customer through the checkout process.

How to prevent this happening to you: Test your store regularly. Use a staging site and test any updates before you deploy the changes to a production site as well as after you have deployed to production. We also recommend testing your WooCommerce site at least on a weekly basis. Spending just 15 minutes testing your site and making sure it’s working properly can save you time, lost sales, and anxiety later. With Robot Ninja, you can schedule tests to run automatically at times that suit you.

When Your Checkout Breaks During a Product Launch…

Brian Richards had a steady stream of orders passing through his WooCommerce store every month, but he rarely tested the checkout flow was working properly for his site, WPSessions.

Instead, he counted on eager customers to let him know when they weren’t able to complete checkout, so he could jump in and help.

When his store did break, he did wonder “How long was it broken for?” and “How much money did I just miss out on?” It was a problem he wanted to solve by developing some sort of automated solution. But it involved a lot of work, and was something to look into another day.

So it was a reality check when one day, in the midst of a product launch for a new WordPress session, he discovered one of his payment gateways had stopped working due to faulty code. Customers who were flocking to his site to sign up to his new course were instead abandoning their carts—and taking their money with them.

While Brian was able to convince a large number of customers to come back and complete their purchase, he wasn’t able to recover all of them. And there was no real way for him to know precisely how many customers and how much revenue he lost that week.

How to prevent this happening to you: Don’t leave your testing to kind customers to do for you — there’ll always be customers who find they can’t check out and simply leave your site. Again, use a staging site and test any updates before you deploy the changes to a production site as well as after you have deployed to production. Add weekly testing to your calendar and take 15 minutes out of your day to manually test your site. Or, even better, schedule automated weekly tests using Robot Ninja.

If you’re not regularly testing WooCommerce, you’re making your customers do it for you, which worked for Jane Stafford Textiles… Until one day it didn’t.

Ensuring their WooCommerce store selling weaving products was running smoothly was fairly low on the to-do list for the small and busy Jane Stafford Textiles team. After all, there was never enough time in the day to do everything.

Testing was happened on an ad hoc basis, usually when a customer couldn’t complete checkout and reached out for support. Sometimes, staff would check the site to see if a newly created product was appearing as expected. But that was the extent of their testing process.

All that changed in 2017 when large order customers started complaining that their credit cards were being charged not once, but multiple times when they made a purchase. A problem with the checkout meant customers weren’t sure whether their orders were being processed successfully.

In total, 17 customers were affected—as the company told us in June—all high-value customers, in turn impacting 16% of the company’s gross revenue and crushing customer confidence. The Jane Stafford Textiles team spent a lot of time reversing transactions and reassuring customers the problem was a “one-off” they were working to fix.

But many customers weren’t convinced. The company doesn’t know if, or how many, future sales might’ve been lost. But they do know that very few of the affected high-value customers returned.

How to prevent this happening to you: Again, it’s essential that you establish a regular testing routine for your store, even if it’s just 15 minutes a week. If your store handles large volumes of sales, you’ll want to test even more regularly, or schedule schedule daily automated tests with Robot Ninja..

When You’re Spending Hours on Testing…

Torben Heikel Vinther is particularly meticulous when it comes to testing WooCommerce. After all, his WordPress maintenance business, Webfronten, looks after 30+ websites, including several WooCommerce stores.

He has proudly never lost a sale—or had a client lose a sale—due to a broken WooCommerce site in his care, which is evidence of his stringent testing process.

But his thorough testing process was taking its toll. Every client site took 15 minutes to test—adding an item to the cart, filling out forms, and using a test credit card to pay for the order, and then restoring the site to remove all traces of his testing. It was a tedious process that was taking hours to complete each week.

He was also spending more time than he wanted to trying to diagnose the root cause of some issues on client sites. It was a headache that he complained to colleagues about, and one he wished he could automate.

How to prevent this happening to you: There is an automated solution—Robot Ninja! When you connect your first store, you can run your first test right away. You can schedule automated tests, and even test multiple stores at the same time. The best part? You can rest easy knowing that your WooCommerce sites—all of them—are being tested regularly, even while you sleep.

When a paying client depends on you to keep their WooCommerce store up and running, it’s stomach-churning when their checkout breaks.

So like any good developer, developer Hanuman Hook from Nuclear Ape, regularly checked and tested his clients’ sites. As he put it, “It has to be done, but it sucks.”

Why does it suck? Because manually testing WooCommerce was tedious and time-consuming for Hanuman—and had unintended consequences. His bank sometimes blocked his credit card for “unusual behavior” due to the numerous transactions from multiple domains he had to make in quick succession while testing client checkouts. Not exactly convenient when he was down at the shops trying to pay for something.

And even with all the time he put into keeping an eye on his clients’ stores and regularly testing them, they would break unexpectedly, as WooCommerce checkouts sometimes do. He would have to drop everything and spend hours fixing them.

Plus, despite his 12 years’ experience developing WooCommerce stores, there was only one of him and definitely not enough time in the day to manually test all the stores he worked with.

How to prevent this happening to you: Thanks to Robot Ninja’s instant email notifications feature, you can be instantly alerted to any issues with clients site before they even realize there was an issue in the first place. Plus, you can connect and test multiple stores, saving you a ton of time!

Don’t Let the Same Things Happen to You!

When something breaks on your WooCommerce store, you want to know about it right away. But for many store owners, problems can go unfixed for several days before they’re discovered.

For the store owners mentioned in this post, their solution was simple: they all joined Robot Ninja and now enjoy peace of mind knowing that their stores are being regularly and thoroughly tested, and if anything issues are found on their sites they’ll be notified so they can jump in and implement a fix.

While Robot Ninja might not be the right fit for everyone, testing updates in a staging environment should be something you do before pushing updates to your live WooCommerce site.

But we know it’s boring testing updates 😅 So if you want someone else to take care of it for you, check out Robot Ninja.

Give your ecommerce horror story a happy ending with automated testing that actually does what you need, saves you time and anxiety, and keeps an eye on your site so you always know it’s working properly.

Ready to automate your WooCommerce testing so you never have to worry about your store again? Sign up for a free account today and schedule your first test.